The business of false documents for illegal immigrants within the Schengen Area (MDD 16.05.2021) 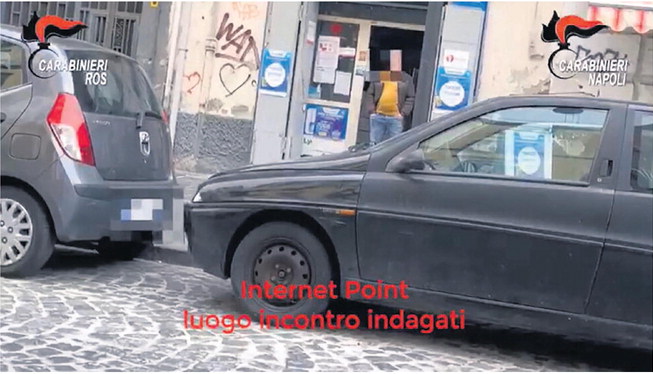 In recent days, the police of Ros and the Provincial Command of Naples have vanquished a criminal association composed of Afghan, Pakistani, and Italian citizens active in the production and sale of false documents, valid for the whole Schengen area. The investigation was born after the terrorist attacks in France and Belgium, which took place between 2015 and 2016, after it was discovered that some of the attackers had managed to arrive in Europe thanks to false documents. The group, also active in France and Belgium, has for years produced certificates of residence, declarations of hospitality, Italian language’s certificates of knowledge, employment contracts, registrations to the Chamber of Commerce, false tax returns for Pakistani, Indian, Tunisian, Moroccan, Afghan, Ukrainian and Russian citizens, as well as other immigrants from Syria and Iraq, which are notoriously a high-risk area for terrorism.

During the operation, in which an Internet Point was also seized to be “enabled to send money through the Western Union, Sigue, Ria, and Moneygram circuits”, “one arrest, two people under house arrest and eleven residence obligations were notified for criminal association aimed at promoting illegal immigration, false ideological and material”. The Moroccan citizen Lahoussine Chajaoune and Iqbal Naveed, the seized Internet Point’s owner, a 40-year-old Pakistani citizen who had already been in prison for a previous sentence, were in charge of the organization. An employee of the Municipality of Naples, the 65-year-old Pasquale Averaimo, was in charge of issuing and renewing identity cards, issuing residence certificates, and of family states. According to the investigative findings, only in the last period of the investigation more than 150 people would have addressed Iqbal Naveed and associates to illegally enter Italy, therefore throughout the whole Schengen area. Not everyone has succeeded but in many cases they have. 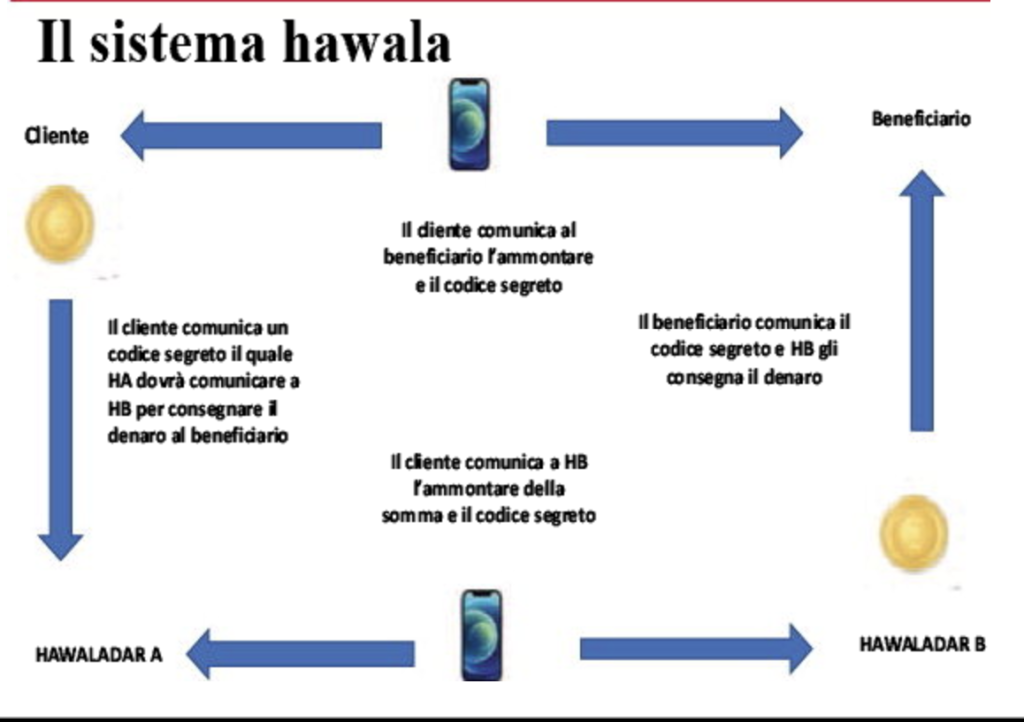 The investigations found that the huge profits were transferred through complex bank transactions and the “Money Transfer” circuit on bank accounts in Pakistan. However, the investigators cannot quantify how much money was transferred through the “hawala system”, an informal method of money transfer based on honor that can rely on a vast network of mediators active mainly in the Middle East, North Africa, in the Horn of Africa and South Asia. The hawala system is also used to finance terrorism as evidenced by countless judicial inquiries.

Regarding the massive amount of money that is transferred from Europe to Africa and the Middle East with the hawala system, last March emerged the case of Rocco Cristodaro, the accountant active in the Province of Crema, already definitively convicted for aiding and abetting the illegal immigration, from which approximately 5 million euros in movable and immovable property were seized as part of the “CashAway” operation. The Naples investigation comes after last March (see MDD 21.03.2021), when the Italian Ministry of the Interior communicated the indictment of the 35-year-old Algerian forger Athmane Touami, alias Tomi Mahraz (already in prison in Bari), believed to be the one who provided the 14 Belgian documents to those who attacked the evening of November 13, 2015, in Paris (death toll of 130 and 350 injured).

The Chechen forger arrested in Varese

Another relevant figure in the falsification of documents and active in the province of Varese was the 35-year-old Chechen Turko Arsimekov who had lived in Italy since 2017 (he had arrived there as an asylum seeker and had previously lived near Verbania), and who for at least four years had been trafficking false documents. The man arrested in November 2020 was accused of “association for international terrorism” as he is linked to a person who was found to be in connection with Kujtimi Fejzulai (author of the Vienna massacre) to whom he allegedly handed a false passport. Turko Arsimekov, very active on “Vkontakte” (the Russian version of Facebook), Linkedin and Instagram, that appeared in a suit and tie like any businessman, today declares “to be just a courier” without however telling whom he was sending the false documents as well as did not clarify where the sums of money seized in his apartment came from. Also in 2020, the French authorities, in collaboration with EUROPOL, arrested nine people at the end of a long operation: all accused of “document fraud and aiding and abetting illegal immigration”. The operation framed within the Joint Operational Team (JOT) Doc Fraud, as part of the EU EMPACT priority on facilitating illegal immigration, led to the arrest of two leaders of the organization both of Algerian nationality, arrested in France. One of the two arrested was known to the German and Swiss law enforcement agencies and resided in Mulhouse, France. While police operations against document falsifiers are continuing throughout the EU, no one can quantify how many people live and circulate freely in the Schengen area and therefore also in Switzerland, thanks to identities built around the table. An identity that maybe one day not too far away will give you a new passport, perhaps red-cross. 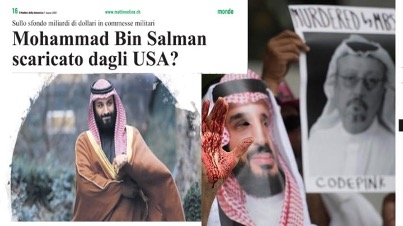 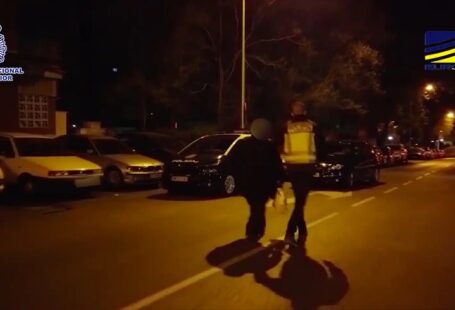