Scandal in Hamburg: Islamic extremists shout undisturbed anti-Semitic hatred slogans in the street. The demonstration was authorized by the authorities.

Shock and indignation in Germany after what happened in Hamburg in the late afternoon of last Friday, due to the demonstration organized by the radical Islamic association Muslim Interaktive. For hours, protesters wearing black uniforms marched through the streets of one of Germany’s most important port cities, shouting anti-Semitic slogans so that numerous outraged and frightened passersby spread the videos and images on Twitter. To date, no one knows why the demonstration of a radical group known for its positions was authorized, so much so that in 2020 the Hamburg Office for the Protection of the Constitution had already warned of their activities putting the authorities on guards about possible public demonstrations announced on social networks. What worries German intelligence is the number of people deemed potentially violent living in Hamburg given that there are at least 1,600 radicalized individuals. But how many people are there who recognize themselves and participate in the activities of Muslim Interaktive?

It is difficult to make a precise estimate, however, the authorities believe that they can be around 200-250, even if what is worrying is the following they have on social networks, where their fans are thousands. The arguments and the language used by the group is the classic one of the Muslim Brotherhood or the continuous victimization of Muslims, the complaints about “forced assimilation”, “defamation of Islam” and “demonization of Muslims”, narratives that they share with other groups: see Generation Islam (GI) and Realität Islam (RI). The Realität Islam Facebook page is followed by 67,649 people. The group is run by Faruk Özmen, Ahmad Tamim, and Adrian Hajdaraj, while Realität Islam was founded by the German convert Raimund Hoffmann, who calls himself Suhaib. Hoffmann runs the Realität Islam Facebook page followed by 45,000 people. Their social networks, including Twitter, apparently harmless, would be used by preachers to launch crusades against the governments of Germany and Austria guilty, they say, of limiting “the free exercise of Muslim worship”.

The security authorities of Hesse (one of the sixteen federal states of Germany, n.d.a.) are very concerned about the dizzying expansion of the Realität Islam group, founded in 2015 with a branch in Mörfelden-Walldorf, about 10 km from Frankfurt. This group recently organized a demonstration in Frankfurt against the ban on wearing the veil in public places and would have reached 300 members. However, the number of people attending their meetings and activities would be at least double. The Hamburg affair is even more incredible because supporters of Muslim Interaktive come from the ranks of the radical Islamic movement Hizb ut-Tahrir (HuT) one of the most dangerous Islamic groups in the world (banned in Germany since 2003) which was founded in 1953 by the Palestinian religion teacher Muhammad Taqi al-Din Al-Nabhani.

Already in November 2020, in front of the Austrian Embassy, the affiliates of Muslim Interaktive staged a demonstration similar to that seen in Berlin, against the Austrian Chancellor Sebastian Kurz who has long been engaged in an all-out battle against political Islam – therefore against the Muslim Brotherhood – after a series of measures were approved against the “hate sowers” raging in Austria for years, so much so that numerous mosques have been closed, dozens of radical imams expelled and tens of millions of euros were seized to finance the sulfurous associations of reference. At the time, more than 100 people participated in the cry of “Racism and discrimination in Austria” and the same happened in France on November 3 last year against President Macron, now a sworn enemy like Kurz of the Islamists.

To get back to the facts in Hamburg, Christoph Ploß, the President of the CDU of the German city, said he was shocked and told the press: “The martial and militia behavior that intimidated and frightened us is alarming. We wonder why an organization associated with “Hizb ut-Tahrir”, banned since 2003 and warned by the State Bureau for the Protection of the Constitution, can freely spread its anti-Jewish slogans on the streets of Hamburg. Why did the Senate not take action against this association and forbid the demonstrations in advance? Politics and the state must not allow these anti-Semitic impulses to become part of everyday life in Germany”. 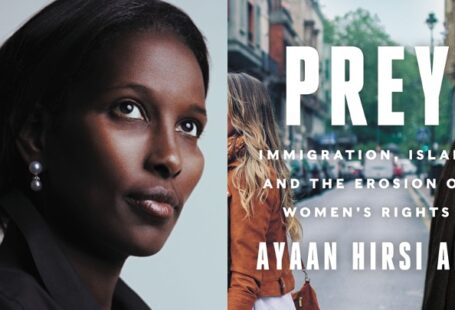