Saman killed for the honor of arranged marriages. No news on the young woman’s body. Relatives are still fleeing abroad 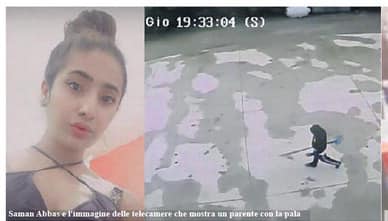 What really happened to the 18-year-old Pakistani Saman Abbas who passed away on the night of April 30th, 2021? The young woman opposed the arranged marriage with a cousin (it was to be held next December 22nd), decided by her parents. Where is her body and who killed her? While searches do not stop in the countryside of Novellara, (19 kilometers north of Reggio Emilia), the images of the security cameras were broadcast on various media channels. In the frames we see three men, with shovels, a sack, and a crowbar (tools most likely used to dig the grave), heading into the fields near the home of the Pakistani couple. But not only that: Rai’s TG1 showed the video in which Shabbar Abbas and his wife Nazia Shaheen are at Milan Malpensa airport (last May, 1st) just before boarding the flight that would take them to Pakistan, where they are still today.

According to investigators, the 18-year-old was killed by her uncle Danish Hasnain, instigated by the girl’s parents. Until now he was considered a ‘good worker’ who had never created particular problems on the farms where he had worked. The reality, however, is different: this taciturn man, despite having been in Italy for some time, spoke only the Urdu language, he was a violent man who terrified the girl and her whole family. The account of Saman’s minor brother on what happened on the night of last April 30th is dramatic: ‘Now I tell you the whole truth. My uncle killed Saman. I am afraid of him because he told me that if I had revealed what happened to the Carabinieri, he would have killed me. I also thought of killing my uncle Danish, while he was sleeping, since he killed my sister, but then I thought that the Carabinieri would take care of it and I would end up in prison’. Then, on the death of his sister: ‘In my opinion, he killed her by strangling her, because when he came home, he had nothing in his hand’. The same investigating judge is convinced that the boy is telling the truth when he says ‘Uncle Danish cried a lot and told me not to cry ‘and about where the girl’s body was:’ I asked him because I wanted to hug her one last time. He told me he couldn’t tell me’.

The Pakistani diaspora in Italy

Pakistani citizens in Italy form one of the largest communities in their diaspora and estimates of the number vary continuously. In 2003 the Italian government estimated the number of 30,500 people while the Pakistani Embassy in Rome already spoke of 50,000 people in 2002. After some news in 2017, the estimates were revised up to 130,000 Pakistani citizens. According to ISTAT data, however, the Pakistanis in Italy as of January 1st, 2020 were 121,609 (2.4% of the 5,039,637 foreigners in Italy, representing 8.5% of the resident population).

A country always in balance

In Pakistan, despite large investments from China (we are talking about over 60 billion dollars) and Saudi Arabia, the situation is very complex. Unemployment collapsed to below 1% in 2010, is now on the rise again, and currently stands at just over 4.5%. Traditionally, most Pakistanis work in agriculture, however, the largest part of the country’s GDP is generated by services, such as tourism, banking, and information technology. While agriculture is still very important to Pakistan’s economy, the service sector is gaining ground in the country and more and more people are moving to urban areas from the countryside to find work in the cities.

The increase in the unemployment rate and the insecurity, due to the attacks that continually hit the civilian population, further complicate the situation for Islamabad’s Government which must protect itself in the north from the Kashmir region, which for over 70 years has been in an endless war with India, from the southern border with Afghanistan, totally under the control of the Afghan Taliban, by Al-Qaeda and ISIS, all groups with which the Pakistani Inter-Services Intelligence (ISI) the Pakistani Secret Service, de facto a state within a state, has an unstable relationship. The Pakistani government is no longer able to manage the continuous arrival of refugees fleeing the Afghan Taliban and if the estimates speak of 1.3 million, those registered would be at least double that live in hardship in the fifth most populous country in the world (209,970,000 of inhabitants) with an area of ​​796,095 kilometres.

According to estimates by Human Rights Watch, every year in Pakistan about a thousand women are killed by their husbands, fathers, or brothers “for having tarnished their honor” and, consequently, also that of their family. While, globally, the number of victims estimated by the United Nations is about 5 thousand every year: from Pakistan to India, from Iran to Syria, passing through Brazil and the United States. Karo-Kari is a tradition practiced in Pakistan and basically consists in the killing of women or a man “because of their immoral behavior” (where everything is in it), for the request for divorce, or if they refuse to contract the marriage decided by the family. That poor Saman feared for her life was certain. The real fiancé she had chosen explained this to the Carabinieri: “If I do not make myself heard for more than 48 hours, notify the police …” was her last, resigned consideration. Shortly after, her uncle and two cousins ​​took her life, while her parents flew to Pakistan to mock the Italian authorities. So much to push his father to declare: “He is in Belgium, on my return to Italy I will clarify everything”. In reality, they had their daughter killed because honor comes first. This is said by an idiotic and crazy custom. Which makes Pakistan the country in the world with the highest number of documented honor killings per capita. 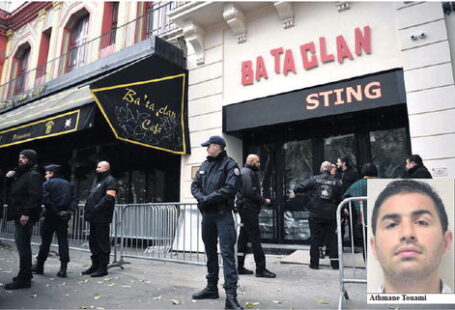 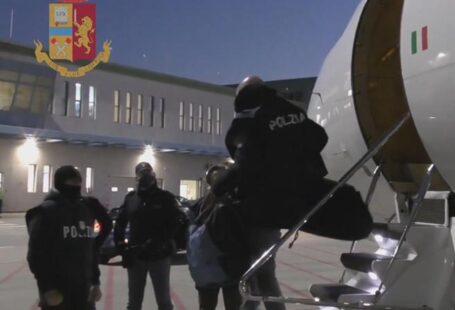